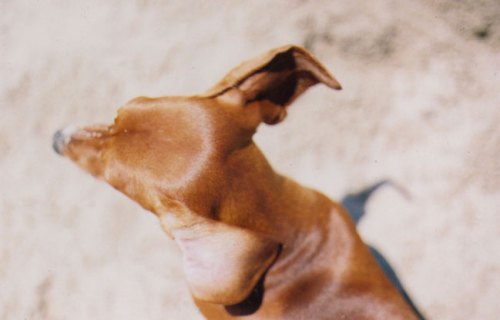 this is me proving to you that pet photography is something else that i do and take seriously. i could have just trusted that you would take the time to peruse my Nikon page, but i wanted to make a post and i wanted to talk about animals – so, here we are.

i adore taking pictures of animals. unlike people, they are not aware of the camera. there are certainly some animals that seem to know a camera is in their midst and appear to ‘pose’ for it. i’m on the fence about that theory. many people would disagree with me, but animals are not self conscious like us humans are. they are just themselves and nine times out of ten they won’t stay still for you when you want them to so you have to catch them when they least expect it. did i just prove that the theory i doubt is actually true? i apologize, i’m extremely tired, i may not be making an ounce of sense – so, please, feel free to stop reading now.

i’ll give you an ever so brief rundown of the pictures above mainly because i think the stories behind photographs are just as interesting, if not more interesting, than the pictures themselves; but also because i’m in a mood to ramble before i crawl into bed with my cat.

Tug(boat) is my mom’s dog. she is a beautiful and sweet yellow lab with wise eyes. we call her the dog with nine lives because she’s been through so many near death medical emergencies. it’s somewhat of a miracle that she’s still alive – not to mention so darn regal. she had a fractured foot when i took this picture.

Ohio is a beautiful gray cat that i looked after for nine months. her owner was living in a place that didn’t allow animals and she was desperate to find a temporary home for this cat. i grew up with great danes, labs, and mastiffs. before Ohio, i considered myself a ‘dog person.’ i had just assumed i could never love a cat in the way that i have loved all the dogs in my life. i was wrong. i was very wrong. she was a rescue cat so she had her sassy moments and she was infected with the feline version of HIV, but she was an amazing cat and i’m no longer just a ‘dog person’ thanks to her.

Maggie is a rescue dog. she belongs to a good friend of mine named Debbie. i adore this dog and for a few summers i lived in the same house as her. she and i have always been buddies and i took this one summer when we were lying in the grass together on a hot day. she can be a little anxious at times (due to her past abuse), but she’s one of the most splendid canines i’ve had the privilege to fall in love with.

Tickles is a horse that i owned many years ago, as in TEN years ago. she was sold when i was out of town so i never got to say a proper ‘goodbye’ to her. my feelings of guilt over this haunted me for years and this past september (2009), i got the chance to visit her. she now lives just outside of San Diego and is due to give birth next month (March 2010). i cried so hard when i first saw her and i’d like to think she remembered me.

Abner. i don’t know where to start with Abner. he is a beautiful little dachshund that belongs to my best friend, Katie. he’s been on a few long road trips with me and Katie. he is tough, smart, sweet, and adorable (oh how the list goes on..) and if Katie were a dog, she would be Abner. i love this little sausage dog to death and he’s one of my favorite dogs to photograph. plus, he’s got around a million nicknames – and he responds to all of them. you have no idea just how cool he is, there’s a reason he’s featured heavily on my Nikon page.

alright. i’ll stop describing all these animals. i could talk for hours and hours in painful detail about all of the animals in my life, but i’ll leave it at this for now. animals are so generous and wonderful and if i could spend the rest of my life making and taking pictures of them, that’d be just fine by me. not to mention the fact that i owe all a great deal of my sanity to them. so, animals, thanks for being so awesome.