i apologize for my missing-in-action-ness. my life went from busy to really busy to ridiculously busy. burning the candle at both ends is an understatement, but i am not complaining, trust me. there’s something quite liberating about chaos.

so, that said, i’ve got a few projects a-brewing and i’ve also got some happy news for Year of the Pig Studio. in fact, over the last few weeks, i have a few good pieces of news for my little studio. the first is the following and an explanation for why i might be thanking my tax rebate (though, i’m sure we’re all quite thankful when we receive money back from the government): 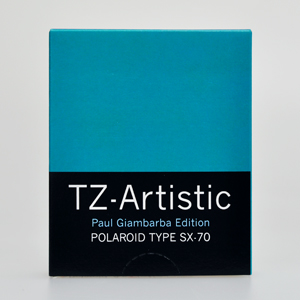 just a few months ago i was devasted to learn of Polaroid’s demise, i even made a post chock full of complaints about it. as some of you may know, i own a very beautiful sx-70 Polaroid camera. i purchased it on ebay back in 2007 and it works like a charm (it’s from the 70’s and is, in my opinion, the most beautifully designed camera i’ve ever encountered). it was within the week i purchased that camera i learned that film for that specific camera was discontinued. needless to say, i was just a little bit angry. in any case, a wonderful site called Lord of the Lens (now defunct) came through for me just weeks later and supplied me with sx-70 specific film. at the time, there was such an uproar from sx-70 owners over the discontinuation of (our) precious film, a few distributors came out of the wood works with specially made film for sx-70 cameras. it was a beautiful thing. i’m so proud to be a part of the sx-70 club.

this film, my friends, is not cheap. it costs about $2.00 – $3.00 per picture depending on the type of film you purchase (there are a handful of different ‘blends’). so, if you want to stock up on some film – it’s gonna cost ya – believe you me. why do i insist on having such demanding and high maintenance cameras? (rhetorical question, please don’t answer).

hence, i seldom stock up on film for my camera because of the expense, which may sound sad, but to be honest? there’s something really nice about having such pricey film in your camera. much thought goes into every picture i take because you’ve got $2.00 at stake everytime you click that button. i do not own a digital camera, but i have used a few over the years. i have always hated the concept of taking a picture, disliking it, “deleting” it from the camera, and trying again to get the right shot. sure, it’s economical and convenient yadda yadda yadda, but whatever happened to the days of suspense, spontaneity, and the unknown? this is why i am doubtful i will ever own a digital camera – i love the not knowing what you’re going to get factor with good old film cameras. i’ll get off my soapbox, now.

in any case, when i once again thought that Polaroid film for sx-70’s was discontinued – i really thought that was it. my camera would now be considered an antique and my future children would wonder what the word “film” meant when speaking about cameras. thanks to the Impossible Project, i’ve been spared that fate – for now at least.

thanks to my tax rebate, it afforded me to do a little bit of shopping. my film (pictured above) arrived yesterday. i was so happy i squealed. true story.

and guess what arrives thursday? my new camera. yes, you heard me right. i went sifting through ebay and found the exact same model Nikon 35mm that i owned before (which suffered its demise in March)(and yes, i still own my old one – don’t worry, it now sits proudly on my shelf at home next to some other old cameras i’ve collected).

isn’t she a beauty?

and completely unrelated, but just as exciting, guess what arrives wednesday? my three disc ‘Bowie at the Beeb’ box set.

thanks, Tax Rebate. none of the above would have been possible without you.

One response to “thank you, tax rebate”