a Russian New Year, a tattoo, & epoxy (oh, and my favorite photographs) 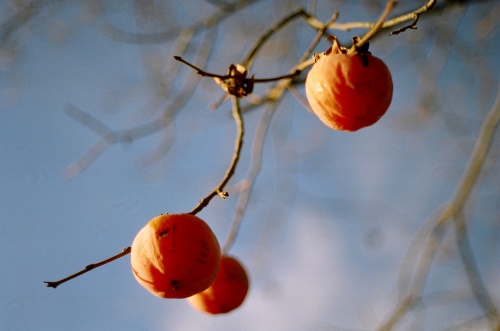 a Russian New Year. as i mentioned in my previous post, i am not a huge fan of ‘new year’s resolutions’ (even though i, myself, have agreed to make a collage a day for the next year. and yes, i am a couple of days behind :: how surprising! [insert sarcasm here]). personally, the new year really isn’t that big of a deal. it’s just another day on the calendar (albeit a new calendar). i think my opposition to these so called resolutions stems from the fact that making a resolution for the new year creates too much pressure :: and it has been my experience that unnecessary/unforeseen/sudden pressure tends to delay/stifle/prevent success. now, don’t get me wrong :: i fully support those that take the new year as an opportunity to turn over a new leaf and quit smoking, lose some weight, and so on and so forth. as for me, i cannot set my own goals for success based on january first. i have goals in my life, just like anyone else, but reaching those goals is something i do on my own time. i have certain set dates for things i want to accomplish and perhaps they align with the start of the new year, but more often than not, they don’t. so be it. i’m ok with being unimpressive come january 1st. 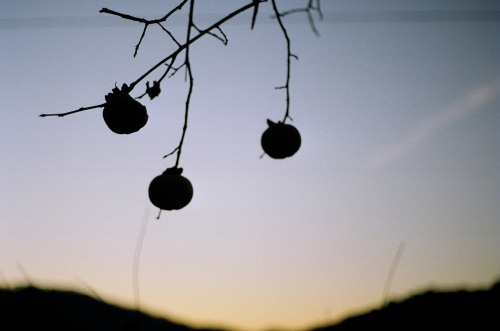 i had the pleasure of spending the latest start to a new year with three fine people. a small gathering :: just as i like it (i’ve never been one to attend large new year’s bashes that typically end in disaster). one of these fine people is from Russia and her name is Ksenia (who is an incredibly talented girl who also featured me on her wordpress site some weeks ago – and i’m very thankful for that). this was her first new year spent without her family and she wanted to do something special for our small group. she made the typical Russian New Year dish :: a salad made from boiled beef , boiled potatoes, apple, onion, salt, pepper, hard-boiled eggs, and mayo. all of the above delicately diced, mixed together, and served at room temperature. we drank champagne and at the stroke of midnight (while standing on the roof admiring fireworks), we did something very special. something i’ve never done before. something that i would like to do every new year for the rest of my life. we scribbled onto a piece of paper a personal goal for the coming year. at midnight, we set the paper on fire and dropped the ashes into what remained of our champagne and drank it. it was so simple, so elegant, and so poignant. thank you, Ksenia, for making this new year actually mean something special. up until now, i’d written it off as an excuse for people to drink too much champagne and spend the following day nursing a horrific hangover (which, by the way, is really no way to spend the first day of a new year, is it ?).

side note :: [Ksenia just moved to New York City ! i wish her the best in that fine city and know she will kick some major a**, if she hasn’t kicked said a** already].

a tattoo :: so an old friend emailed me a few months ago. he was looking to get a tattoo designed for his back (specifically :: his right shoulder blade). he gave me a loose set of instructions and asked me to do with them what i will :: a grab the freedom-of-artistic-expression bull by the horns type of request. to most, including myself, this sounds like a dream job. however, as most commissioned artists/illustrators/designers know all too well – this ‘freedom’ is not as it first sounds. before you know it, the client is pulling in the reins and making requests that were not previously mentioned. this is the conundrum and fate that we face not just sometimes, but basically all the time (and yeah, for the record, it’s really annoying when (not if) this happens).

so, when he emailed me, my first thought, naturally, was :: ‘yeah, right. i’ll do it, but ‘freedom’ of expression ? we’ll see how long that lasts.’ i am happy to report that, in this case, i was wrong. very wrong. my friend meant what he said. he wanted me to grab the metaphorical bull by his metaphorical horns and run with it as i saw fit. he had no interest in artistically getting in my way. so, upon sending him my final design (which i figured would only be one of a dozen versions to come), his reply was filled with nothing but enthusiasm. sure, there were a few tweaks, but they were so minor :: particularly when compared to what i have become accustom to. 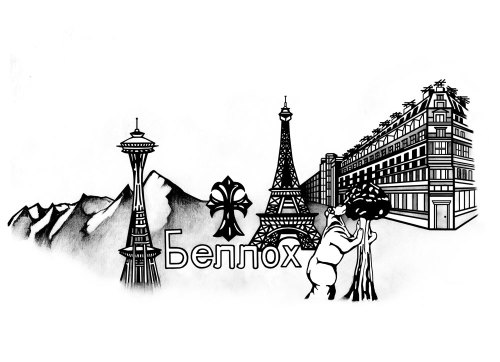 above is the final drawing for the tattoo. it includes (from left to right) ::  the Flatirons (Boulder, CO), the Space Needle (Seattle, WA), bennox (Russian for my friend’s last name), a cross (to symbolize his faith), the Eiffel Tower (Paris), the statue Oso y Madroño (Madrid), and a famous building on the Rue des Rennes (France). my friend wanted these images to be pieced together :: each image represents a significant place where he has lived. below is the final tattoo. the building was removed (most likely in an effort to save space) and a setting sun was added (most likely in an effort to achieve compositional balance)(excuse the red factor, this was just hours after the image was inked and his skin was still recovering) :: 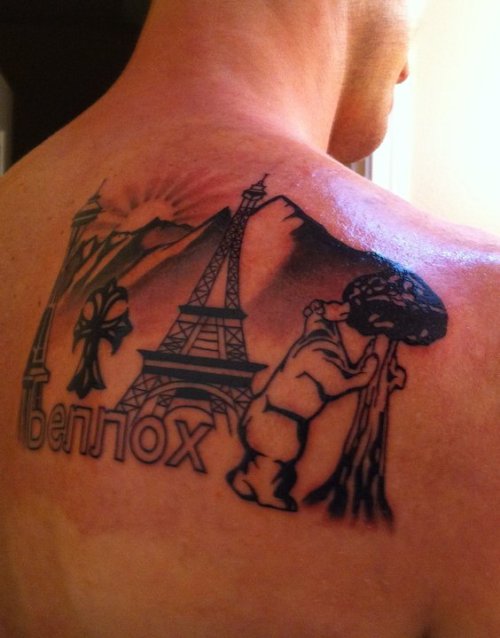 in other news :: i have fallen in love. it’s, not his, name is epoxy. ok, ok. it’s not the first time i’ve heard of the stuff, but it is the first time i’ve ever used it. for the last few months i have been obsessing over putting a high gloss super plastic coating on my paintings. think of a generic piece of hardwood furniture with a high gloss finish. it is hard, shiny, and durable. i am not sure why, exactly, i have such a fondness for this sort of finish, but i do. it all comes down to personal aesthetic at the end of the day i suppose ?

so, i asked around. a lot of people recommended an array of varnishes or high gloss acrylic mediums. i tried more things than i am willing to admit and none of them satisfied me. none of them achieved the (what seemed like) impossibly high gloss hard plastic finish that i was after. now, as you probably know by now, i work at an awesome art store here in San Francisco. one of our regular customers is a sweet guy by the name of Anthony (of A. Aversano Gallery). i went to one of his openings some weeks ago and noticed that he finished his own paintings with this plastic finish i have been chasing after. when i finally saw him in our store again, i asked him what exactly it was that he used to achieve that finish and he walked me over to the sculpture/ceramic section of our store and pointed at this little blue box of epoxy.. 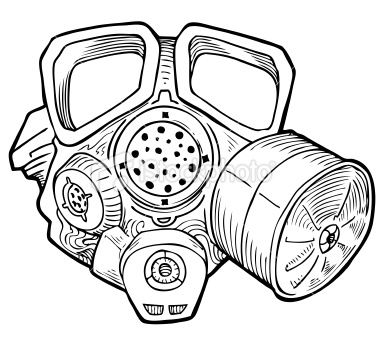 i was elated ! more than elated ! and then i asked him for the details. and then i picked up the box and read the instructions. not only did this stuff seem complicated and labor intensive, it was also highly toxic. Anthony even claimed that he would wear a ventilation mask when he used it. i felt defeated and deflated. i have no problem with labor intensive activities (art is, after all, a labor of love), but when it comes to highly toxic fumes :: i tend to run in the other direction.

fine, maybe it provides a high so good that kids would rather huff this stuff over glue, but that’s not really my game.

with hesitation, i bought that little blue box. i had already made the piece i wanted to finish with it. when i got home, i opened the box. followed the instructions carefully, pouring this toxic stuff over my piece. covered it with a large cardboard box (to protect it from dust and to protect myself and others from its fumes). left it outside for a few hours (though it takes about 72 hours for it to completely harden). and six hours later i lifted up the cardboard box. i was expecting to find a semi-hard plastic mess – as was i expecting to release an abundance of toxic fumes. i was pleasantly surprised that the mess i had made was minor and the fumes were.. well, they were non-existent. now, this is my first time working with this stuff and it was a small 9″ x 12″ surface that i had covered. for all know, the toxicity was present, but i couldn’t detect it. within 48 hours i could touch the piece without leaving any fingerprints. at last, i had achieved my much sought after high gloss plastic finish.. however, a 9×12 piece is a small feat and i know i have to play with this stuff a lot more to really get a feel for it, but.. but.. i am in love. the finish was just what i was looking for and i guess its toxicity is something i can look past. i’m not sure how great that it for my health or the environment, but apparently i am selfish enough that that will not stop me from using it again in the future.

there is a photo to come. i gave the piece to my sister for christmas and because i am so great at planning ahead, i did not take a picture and therefore have nothing to show you. i’ve requested a picture from her and i am patiently awaiting it’s arrival in my inbox. tick, tock, tick, tock (insert twiddling thumbs here). [edit :: the picture as promised !] :: 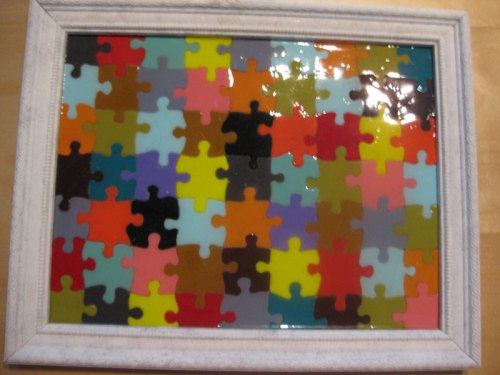 as for my favorite photographs :: i have hundreds of pictures. i do not know the exact number, but it’s a lot – an obscene amount. up until two days ago, i had piles upon piles of photographs all over my room in various nooks and crannies. negatives here and negatives there. a few piles of unorganized CDRs. it had reached the point that when i was inclined to sift through a pile of pictures it felt as if i had just picked them up from being developed because i had no idea what roll of film i might discover. so i took it upon myself, about a week ago, to start sifting through my pictures. i bought some cheap plastic bins from the 99 cent store and began organizing them. after several days, i finally did it. i organized the photos, the negatives, and the CDRs (i love it when i get all OCD). i set aside a stack of my favorites and here are a few of them :: 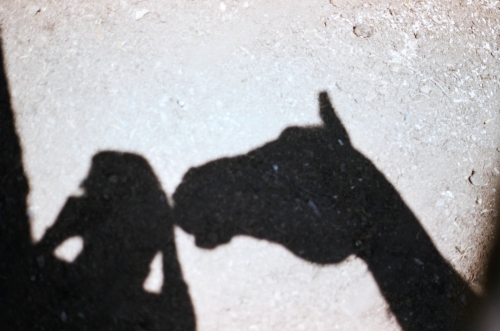 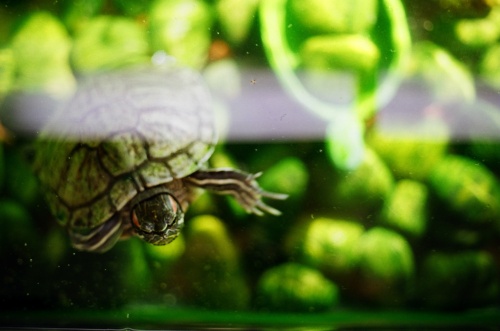 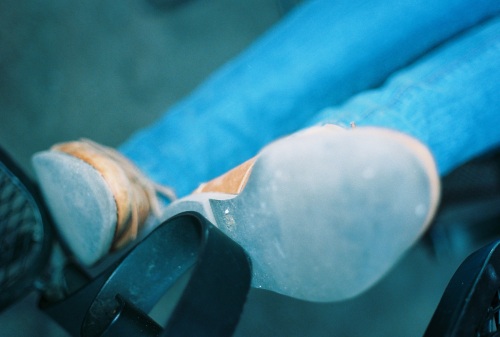 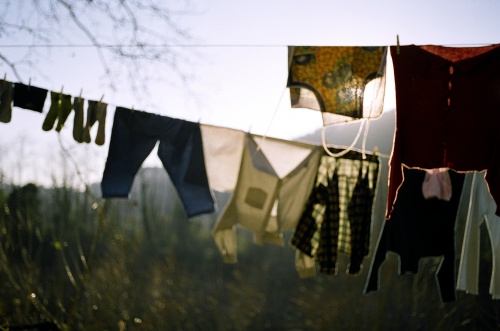