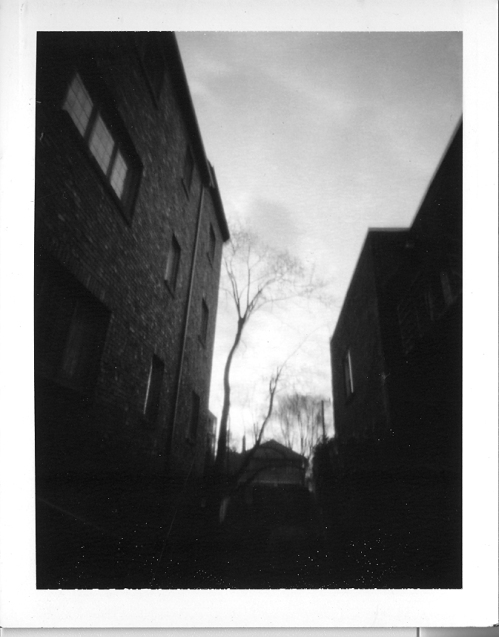 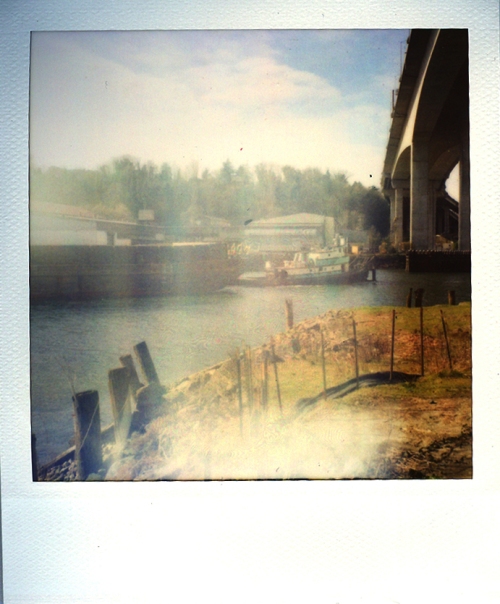 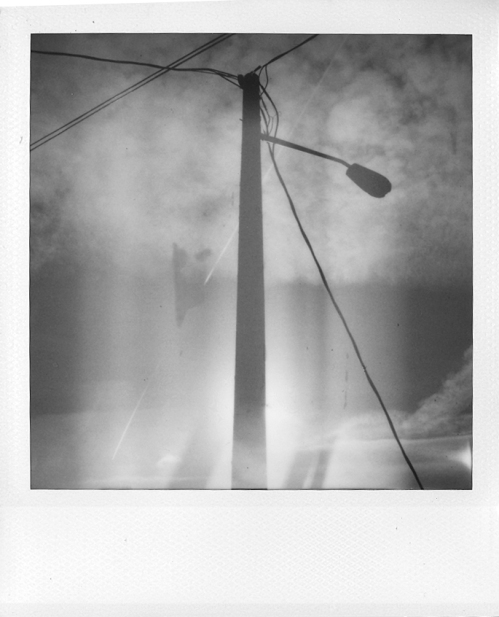 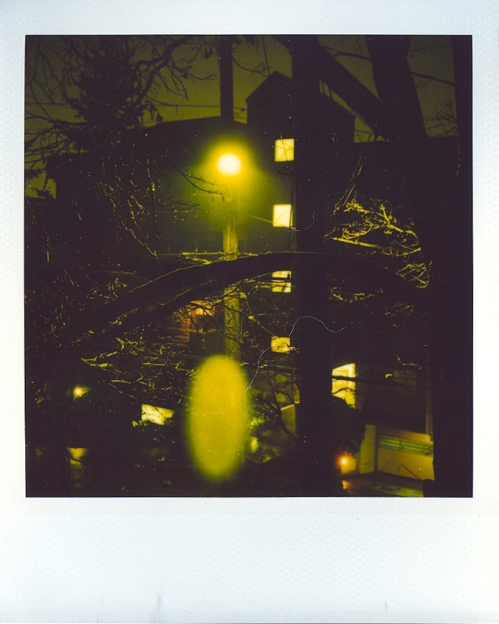 i have been living in seattle since june of 2007, so yeah, in june of this year, it’ll be three long years since my return from new york city (where has the time gone?). these photographs have made this page because they were taken within the first few weeks of my arrival.

the first being taken from the steps outside of my apartment, the closest i have gotten to a typical new york stoop, which isn’t that close to the real thing since mine’s just a sad concrete flight of stairs next to a dumpster and recycling bin.

the second and third were taken in the industrial part of seattle, right under the west seattle bridge. it’s one of my favorite places in seattle. given the obscene amount of powerlines (and i’ve already discussed my obsession interest with them), it’s just my kind of place. there are train tracks, powerlines, cranes, and tugboats. it’s my idea of zen i think.

the last is a polaroid i took at night from my studio window. it came out far more neon green than i would have expected (since the lights outside are not, in fact, neon at all). it was a pleasant surprise and accurately depicts the way i feel in the middle of the night when working alone in my studio. eerie and safe all at the same time.

have i ever mentioned what amazing trees we have in the northwest? well, we do. i’ll prove it to you at some point. and also, i haven’t told you about my pinhole polaroid camera – i’m not making this up – such a thing exists. it was designed in japan and although the film is not only pricey, but also a major b*tch to load – when you do get this camera to cooperate, it really steps up to the plate.